At the AEL we offer a structured academic program presented in a safe and nurturing environment through which we mentor and assist young adults to discover themselves and ascertain what they want for their future. The whole process offers parents great comfort and peace of mind knowing that their child is receiving the necessary guidance that will result in optimal growth and personal development.

The year-long NQF-level 5 National Higher Certificate in Conservation Ecology program is structured in the form of an Academic gap year. It consists of ten modules spanning a variety of key disciplines in relation to Conservation Ecology, including Personal Development and Conflict Management.

The academic modules are complemented by practical training, some of which are done outdoors in the veld, and others are done in our Campus Laboratory. Some of the other outdoor activities and practical modules offered as part of our program include Orange River rowing, a Field Craft & Tracking course, an Off-Road Driving Skills course as well as First Aid training.

AEL students will also embark on two action-packed educational tours to the Kgalagadi and Richtersveld during the year.

At the end of the year, successful students obtain an NQF-level 5 National Higher Certificate in Conservation Ecology.

Our campus is uniquely situated on a 24ha farm right on the banks of the Orange River at Uizip, ± 25km upstream from Upington in South Africa’s Northern Cape Region. This region, also known as the Kalahari, is classified as semi desert and has its own pristine natural beauty. The vast array of biological diversity this unique location offers, as well as other outside factors like how farming, mining and other technological developments in the area affect the environment, make this one of the world’s finest living laboratories in which to study conservation and the effects of climate change.

Once known as the Uizip Outdoor Education Centre, hosting outdoor education seminars for Church and Youth Groups, it now plays host to our beautiful Campus and Office Buildings. When you enter through our gates, a true oasis with lush green gardens and lots of open space greet the eye, truly making it one of the most beautiful campuses in the country. Accommodation is offered in comfortable, fully furnished, air-conditioned student dormitories.

All meals, seven days a week, are supplied throughout the year. Balanced and nutritious, all meals are freshly prepared daily by our dedicated and well trained kitchen staff. Special dietary requirements can be arranged, and filtered drinking water is provided.
We have a fully equipped Laboratory, and recreational facilities on site include a Gym, Library and Games Room. WiFi and DSTV are available

Our beautiful swimming pool is the perfect accompaniment for those hot summer days, and evenings can be spent socializing and gazing at the stars in the expansive night sky from the outdoor Braai area.

We boast all the luxuries and comforts of a true home away from home. 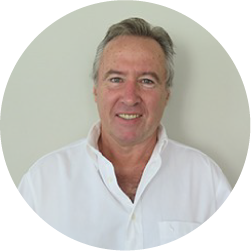 Johan Andries Le Roux, better known as Fef le Roux, was born in the town of Robertson in 1952, and matriculated from Robertson High School in 1969. He studied law at the University of Stellenbosch from 1971 to 1975, completing the BA (Law) and LL.B degrees.

From 1976 to 1980 he worked as the public prosecutor of Stellenbosch and then as a member of the State Attorney’s Office in Cape Town, during which years he also wrote the professional examinations and qualified himself as an attorney, conveyancer and notary of the High Court of South Africa.

He joined the Cape Bar in 1981, where he practised as an advocate until his retirement from the Bar in June 2012. He was awarded Senior Counsel status by President Nelson Mandela in 1996.

In 2005 he became a director and shareholder of the since listed company Curro Holdings Limited where he acted as chairperson from 2009 until his retirement from the board of directors in March 2013. Under his involvement and chairmanship Curro grew from a one school company with about 700 learners to a profitable company with 26 schools accommodating about 22000 learners.

He has, over many years, had a concern about society’s ability to understand and face future environmental challenges. Especially during his time with Curro he also identified a definite need for better guidance and direction to school leavers, especially after matric. The concept of AEL is his practical contribution in this regard. 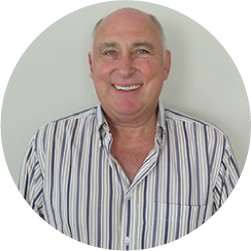 Gys Botha spent the largest part of his working career with Sanlam, where he was employed for 31 years. The last 5 years before early retirement in 2002 he held the position as General Manager with the responsibility of Head of Sales Advisory Services.

He then joined Plexus Asset Management in Durbanville, an Investment Management company, as Director of Marketing and also co-shareholder.

Gys was appointed as the CEO of the Academy for Environmental Leadership SA from the 1st of March 2014. He has a wealth of experience in strategic management, administration and sales and marketing. 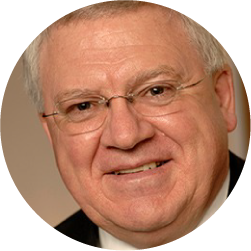 HEAD OF THE ACADEMY (DIRECTOR)

Previously employed as the Chief Operating Officer at Stellenbosch University,  Professor Leopoldt van Huyssteen now fills the role of head of the Academy as a Director at AEL.

Professor van Huyssteen grew up in the Eastern Cape and completed his PhD (Agric) studies at the University of Stellenbosch, majoring in Soil Science and Chemistry. During his career at the Department of Agricultural Development he held various positions as scientist and director.

Professor van Huyssteen has also held several senior positions as Professor, Dean, Executive Director and Acting Rector. He is the author and co-author of many scientific publications and books. He also attended many international conferences, several as an invited speaker. 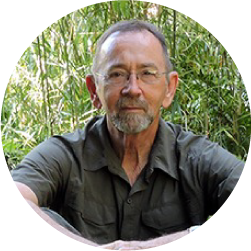 Best known as the face of the environmental program, Groen, one of the most-watched programs on kykNET, Dave Pepler has been presenting on environmental issues for almost 10 years.

His lifetime contribution to conservation was recognised in 2001 with a Molteno Medal from the Cape Tercentenary Foundation.

In 2007 his contribution to Zoological science was recognised with the Stevenson Hamilton Award, the highest honour of the Zoological Society of South Africa.

He has travelled widely in the last 40 years, crossing over 4 continents and growing his enthusiasm for the environment while simultaneously developing a concern for what he has experienced. At the core of Dave lies a gift for being able to tell a story and to be able to find light out of darkness, a sense of fun which enables him to view the world optimistically and to share it with those around him. 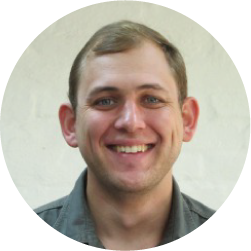 Matthys Strydom is an enthusiastic and dedicated scientist with formal training in the field of Conservation Ecology and Entomology (B.Sc., M.Sc. and Ph.D, Stellenbosch University). Over the past ten years he has taken part in several research projects which have included topics such as fynbos ecology and conservation, invasion biology, seed bank dynamics and alien plant management.

Besides conducting his own independent research he also has a passion for raising environmental awareness through teaching. He enjoys sharing his love of nature with students while training and assisting them in field work, laboratory work and data collection. 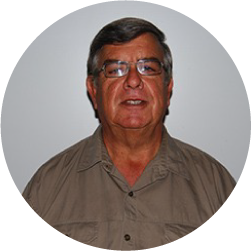 Mr. Koos Theron, originally from Stellenbosch, fills the position as the head of the AEL campus.

Mr. Theron had a long and successful career in the South African National Defence Force. As part of his duties, he was responsible for the settlement of young recruits, military staff, logistics, financial and strategic planning. He has extensive knowledge in the management and support of young people. After his military career, Mr. Theron led several security-oriented assignments in Africa.

His extensive knowledge and experience as a leader, will serve him well as he fulfills the role of mentor and guardian for the young students at the academy. 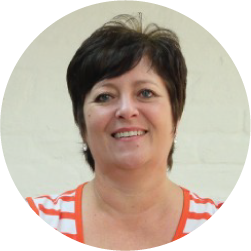 Annelie was born and raised in Upington and started working during 1984 at Standard Bank Upington as Clerk/Cashier. Her working career spanning 33 years includes administrative duties in the South African Police Services as well as Department of Education.

In 1990 she joined the Department of Mineral & Energy Affairs which later changed to the Council for Geoscience. Here she worked as Unit Administrator from 1990 – 2004 and as an Unit Manager, managing the Upington Unit from 2004 – 2008.

Before joining the AEL Team at their Uizip Campus outside of Upington as Administrative and Financial Officer she also worked at a local Travel Agency. Annelie has got a wealth of experience in the field of administration and bookkeeping as well as managing and overseeing administrative processes. 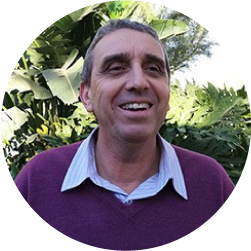 Alie Brand is the CEO at Duin In Die Weg who is responsible for the enriching welcoming programme for our students at the beginning of their Academic Gap Year at AEL. Under the guidance of Alie and his experienced team, our students partake in various teamwork and leadership activities. Alie also presents the Personal Leadership module – teaching our students valuable personal mastery skills and helping them develop a clear plan for their future. Alie has a passion for working with young adults and helping them discover their true potential.

He established and successfully managed the Stellenbosch Rugby Academy from 2014 to 2018, bringing that experience and his passion for teamwork and personal growth to Duin in die Weg.

With his 15 years of experience as a teacher, lecturer and manager in the education space we are thrilled to have Alie on our team.

Partnering with world-class universities and research

Public Private Partnerships are important for an institution to remain relevant. Therefore, AEL is collaborating with world-class universities such as Stellenbosch University Water Institute and Maastricht School of Management in the Netherlands. We are an implementing partner with them on a project on Water Smart and Climate Wise Farm Management; this project is building capacity …

In order to create a better world, systemic sustainability is of the essence; that means actions are needed which has to do with the natural environment, the economy and social aspects. Therefore, the AEL is an active partner on school food gardens in order to assist with the expensive school feeding programme. Schools are spaces …